Last week I had the pleasure to speak at the annual EMEA PUG (Progress User Group) Challenge conference. Having my session proposal accepted I’ve been eagerly anticipating the event and as now it’s over, let me share my impressions with you.

The three-day event is sponsored by Progress and its partners and is aimed primarily at the Progress developer community. To my delight most of the sessions were technical. Needless to say the emphasis was on established technologies like OpenEdge and 4GL. However as Telerik being now part of the Progress family there were also plenty of sessions about Sitefinity, NativeScript and KendoUI and also “framework agnostic” ones regarding database administration, security and UX.

This year the EMEA PUG Challenge was held in Noordwijk, Netherlands, a beautiful town south of Amsterdam. The “Huis ter Tuin” hotel is situated on the coast and there was a stunning view of the North Sea. From the hotel one can go directly to the beach - a nice way to chill. I even managed to capture the sunset after the afternoon sessions. 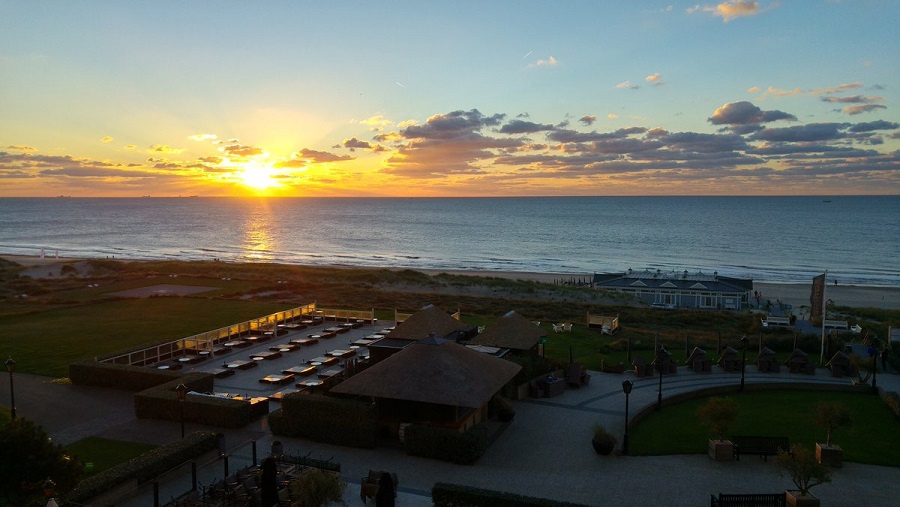 There were 8 halls of varying capacity simultaneously hosting sessions and workshops.

The most notable ones I visited were Top 10 Tools for OpenEdge by Gilles Querett and Mike Fechner. When they talked about text editors, Gilles had prepared a slide about his favorite Vim, (but no words for Emacs, which was a bit disappointing ;) ). Overall it was a good session. Then was DBA best practices by Paul Koufalis. I was amazed and humbled by how good he is as a speaker. We’ve met at this year’s American PUG, but I couldn’t attend any of his sessions. At this one he was holding like 5 or 6, while I was about to hold only one and it already seemed a lot to me. Top 5 Technology Trends by Sunil Belgaonkar - although it sounds a bit like a “clickbait” I’ve learnt some interesting facts about how the technologies we use today have evolved during the last couple of decades which have me some food for thought.

This was the title of my session. It was an introductory talk about the CMS for which I’ve also had prepared a demo to showcase some of its main features. I was very pleased with the turnout. There were even not enough chairs for all the attendees and I hope we’ve managed to create a productive discussion around the product and everyone learned something new, as I certainly did.

Of course it was not all about sessions and workshops. There were some fun events like a disco night, table football, cycling challenge and more. However getting to know the people and talking about technology was what I enjoyed most.

This was my first participation in EMEA PUG Challenge and my impressions are very positive. There were approximately 500 attendees and more than 80 sessions and workshops. Next year’s event is going to be in Prague(how awesome is that!) so I’m really looking forward to it!